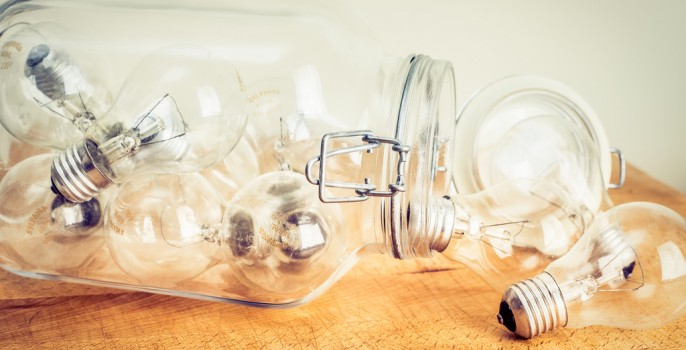 This week, Etsy announced that the feedback system is on deck for a much-needed overhaul. There’s a seller survey open until April 28th to collect opinions and comments from sellers. I encourage all Etsy sellers to participate; it’s rare to see Etsy casting such a wide net when planning a new feature. It speaks to how integral the feedback system is on Etsy and how seriously they’re taking the task of improving it.

I posted a critical review of Etsy’s feedback failure over a year ago that still resonates today. The seller survey prompted me to share some additional thoughts to consider about the feedback system.

Update: Etsy has revealed the new five-star review system addressing some of these concerns.

Etsy’s feedback system never expires feedback from your seller rating. A negative comment mars your positive feedback percentage until you can overcome it statistically at a ratio of two hundred positive comments to the one negative feedback. The tycoons of Etsy may be able to achieve this feat quickly, but for many Etsy sellers it could take months or years to recover.

Both Amazon and eBay have a policy of calculating seller ratings based only on the last 12 months of feedback. This sliding window allows negative feedback to eventually drop off the map after a year. Sellers slighted by unjust negative feedback can count on it going away, and those truly deserving the feedback can reform their customer service and eventually regain ground.

It’s critical that Etsy adopt a policy that expires feedback. The forums are ripe with examples of stodgy buyers or retaliatory sellers that leave unreasonable negative feedback; Etsy intervenes only in the most extreme situations, so many sellers are left with a permanent scar on their rating.

For low-volume sellers, a single buyer can devastate your seller rating on Etsy. Imagine that someone bought 10 items from your shop – exciting, I know! Now imagine that the shipment was squished under a UPS truck or some other catastrophe out of your control. Maybe you can send out a new shipment to the buyer, maybe the items are irreplaceable – either way, the shipment arrives late or not at all. The buyer can now leave negative feedback on all 10 items and it counts as 10 strikes against you in the feedback rating.

As a buyer, seeing 95% positive feedback will give you confidence when purchasing – but don’t you really want to know what happened with the other 5%? Etsy provides a single stream when viewing seller feedback. To make matters worse, the feedback totals show feedback received as a buyer and a seller, yet these are broken into different tabs when browsing feedback. The only option is to click through potentially dozens of pages on multiple tabs to find the negative reviews.

It’s only fair to provide buyers with a filter to see the negative feedback at a glance. Counter-intuitively, this will often boost buyer confidence. It’s easy to tell when another buyer was being unreasonable, or when a negative comment doesn’t apply to the item you’re considering. The feedback would be even more informative if sellers could publicly respond to negative comments.

Etsy’s feedback page only allows submitting one piece of feedback at a time. Prolific buyers or sellers will quickly be discouraged that they can’t fill out feedback for multiple items and submit them all at once. The omission of this simple convenience feature reduces the chance that Etsy users will participate in the feedback system, hurting the system overall.

The Kiss and Make Up feature is empty solace – the experience is foreign to those new to Etsy, and the condescending name starts the resolution process off on the wrong foot. Sellers attempting resolution after the damage is done are already at a disadvantage when many buyers are first-time Etsy customers.

Improving the feedback system is no easy task; the discrepancy on Etsy between power sellers and casual shop owners makes it difficult to design a system that works for everyone. Take the seller survey – make your voice heard and express the concerns that are most important to a shop of your size. What’s your feedback on the feedback system?

« The Forums According to Felton Vendor Virgin: Must Ask Questions »