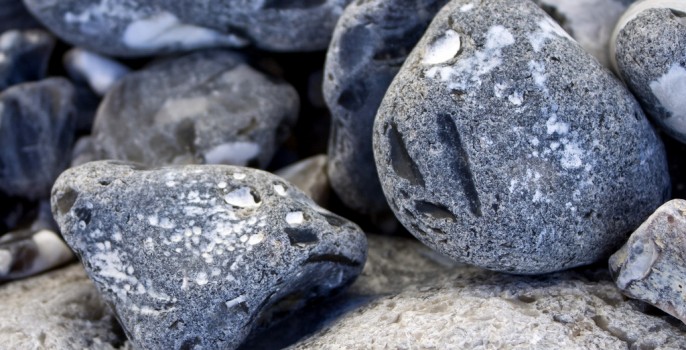 Seller feedback or product ratings are a cornerstone of online sales. Amazon realized this long ago and has thrived in part by giving buyers a rating system with which to gauge their purchases. Etsy saw the value of reputation and trust early and created a feedback system of their own – sadly, it is deeply flawed.

Update: Etsy has revealed the new five-star review system addressing many of these concerns.

The basis of any useful feedback system is that buyers are comfortable leaving honest ratings and comments. If buyers are afraid to be honest, the feedback quickly becomes unreliable and diminishes the value of the system. Etsy has fallen into this hole with the problem of retaliatory feedback – when a buyer leaves negative feedback for a seller, the seller can turn around and leave negative feedback for the buyer as bitter revenge. Since so many buyers on Etsy are also sellers, your shop reputation can be tarnished from unjust retaliatory feedback.

Etsy isn’t the first website to have a problem with retaliatory feedback – a similar problem emerged on another site back in 2008. The administrators of the site recognized retaliatory feedback as an issue and removed a seller’s ability to leave negative feedback for buyers. Buyer issues, they reasoned, should be dealt with swiftly by seller support representatives for the site. The site was eBay, the online auction site that crushes Etsy’s sales volume – and it seems to be working out pretty well for them.

Amazon’s rating system does not allow a company to retaliate for one-star reviews left about an item. Quite the opposite, they provide other BUYERS a means to vote up ratings that they find helpful. Sub-standard products are quickly exposed, since honest feedback and insight are encouraged.

A year ago, Etsy switched to Paypal Express Checkout and started requiring payment before a purchase can be completed. Etsy’s founder Robert Kalin recognized the diminished importance of feedback for buyers and announced that buyer feedback would be made private. So close, Rob – feedback for buyers is not just diminished, it’s virtually useless with the new system. Bring me the seller who refused a purchase AFTER receiving payment and I’ll stand on my head and eat peanut butter.

Craft show veterans have seen vendors who bend over backwards to make customers happy one minute and spit the fires of Hades from their mouths the next when dealing with the promoter. Buying and selling are distinctly different activities. Sharing feedback scores between these two roles deepens the problem of retaliatory feedback – and probably doesn’t make sense at all.

The worst part is that Etsy already makes the distinction between feedback received as a buyer and seller, but combines them for the shop feedback score. It doesn’t make sense for a seller spewing vitriol about being left negative, or even neutral feedback, to damage the reputation of your shop. It’s not surprising that many Etsy sellers create separate accounts for buying on Etsy.

If my feedback as a buyer is going to affect my shop rating, then why would I risk it and leave honest feedback? It’s doubly damaging due to Rob’s change I mentioned above – potential customers can see that I have negative feedback, but are left to wonder what it’s about because of the privacy changes.

Negative feedback often taken poorly on Etsy because it stands as a scar on the shop, reducing the confidence of subsequent buyers. Retaliation feedback is the only recourse that some sellers feel that they have – and it often works, much to the detriment of Etsy’s feedback system, by bullying a buyer into removing the feedback.

It’s only fair to offer sellers a chance to respond publicly to negative feedback. It may not change the mind of the customer leaving the feedback, but future customers could decide for themselves who was in the right.

Etsy’s out: Failure to enforce

Retaliatory feedback seems ridiculous enough that it would be a no-brainer to remove. Etsy disagrees and has failed repeatedly to take action, stating that their feedback rules don’t prohibit a seller complaining about a buyer. Etsy is happy to recommend the Kiss and Make Up feature to solve a feedback issue. If both the buyer and seller agree, this condescendingly-named feature will set both feedback ratings to positive. It works well for disputes that have been resolved, but isn’t helpful for retaliatory feedback when the buyer feels the initial negative feedback is still justified.

I’m discouraged about the lack of customer protection; it’s not about choosing sides, Etsy – it’s about keeping the integrity of the feedback system intact. The three strikes above combined with a lackadaisical attitude towards enforcement has created a feedback system in which buyers are afraid to leave feedback – and that hurts everyone.