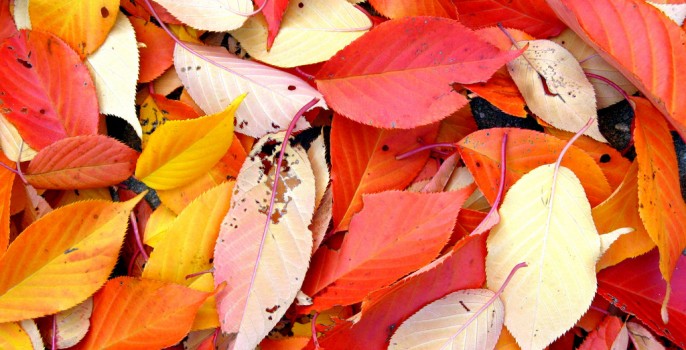 The Change I Fought But Love

Dust accumulated on my website and Etsy shop during 2012 as I quietly disappeared for a year on maternity leave. In December, I finally lifted the cover and discovered that things were just as I left them. It was a bit surreal, like walking into an abandoned apartment and finding belongings and furniture as if someone had left in a normal morning rush. Nothing seemed out of place, but it all seemed a little lifeless.

I posted new articles and got back into the swing of things – like putting on an old coat, it felt familiar and comfortable but didn’t fit quite the same. Something was niggling in the back of my mind. I sought feedback from a few trusted sources and was faced with some tough questions about identity and purpose.

The demons of change were tunneling up from beneath the surface. I tried to stave them off with a few small changes to the website. I let it settle in and hoped it was enough; I’m not a fan of change. Maybe I’m just feeling rusty. Two months passed and I could feel the rumbling yet again. I started idly looking at new themes for the website. Dozens of themes later, I found one that I liked.

This is doable, I told myself – a quick freshening up to breathe some new life into the site. Little did I know that this seemingly small change would have me rethinking and reworking everything I’d built up for three years.

Down the rabbit hole

My logo was frankly quite vertical and didn’t fit with the new site design. I needed something a little more compact that delivered the same punch. I wrung my hands into knots just thinking about it. This is my brand, people identify with it. I have business cards printed, I’ve built my online presence around it. You can pry my logo from my cold, dead hands. I took a leap into the deep end and trimmed it down.

Going through past articles with the new theme brought to light some corners that had been cut; little inconsistencies from the years glared back at me. Some articles had strange layouts, different headers, uncredited images placed in ways that must’ve worked on the site years ago but looked askew now. I felt myself falling down the rabbit hole.

I can’t leave things unfinished. I had to review every single article on the site. I dug in so deep that there was no turning back. So much change had me unsettled and anxious about launching the new design. Was it all going to break? Would my readers hate it? I had no way to know.

On April 28th, after nearly a month of tedious nights, I launched the new design for Brittany’s Best. Nothing broke. There was no fanfare. I’m not sure what I expected exactly – balloons and confetti? I was so strung up with anxiety about the launch that it was a bit hollow to have neither total failure or resounding success spring forth. Life continued, there was no mass confusion or societal breakdown.

Beware the niggling. A little introspection is all it takes for those demons of change to come roaring to life. I didn’t intend for it to go this far – but I’m glad it did. The snowball of change forced me to rebrand, refresh and improve things that I’d neglected. Sometimes ruts can get so well-grooved that it becomes hard to see out of them.

The feedback pushed me into it; I might never have made such sweeping changes if I hadn’t been nudged over the edge. Change is hard. Change happens all the time when you’re young – we learn new things, unlock mysteries, and go on adventures real or imagined. The mold sets as we get older. We attach to routine and predictability.

I couldn’t come back and settle back into the old groove. The past year has turned my life upside-down. I’ve changed – the coat doesn’t fit any more. It’s time for a new coat and a fresh start. It’s time to embrace change, to grow into something bigger and better.

It may just be time to look at yourself with new eyes. What’s going to push you to make changes?

» Editorial » The Change I Fought But Love