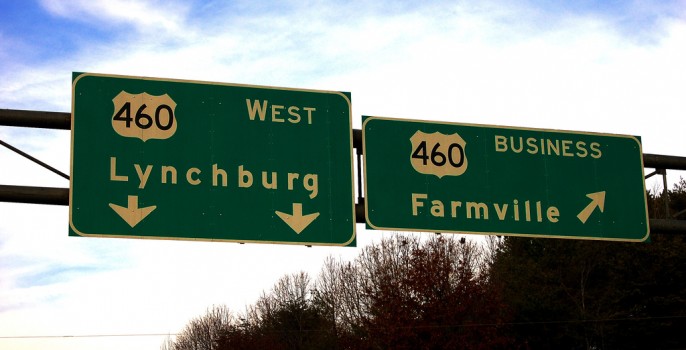 Etsy Evolution: From Handmade to FarmVille

Etsy makes it sound so easy – list your item, collect payment and ship it. For a handful of Etsy sellers – with the right amount of skill, panache and luck – it might even be true. The rest of us are left in the trenches, desperately trying to find a way to get noticed. Browse the Etsy forums for an evening and you’ll get all kinds of tips; it must be your photos, your tagging – maybe you don’t even have a Facebook page, you amateur. Don’t get me wrong, your photos, tags and descriptions must be good. Excellent presentation won’t rocket you into the limelight on Etsy, though. It’s all smoke and mirrors hiding the real truth behind the greatest Etsy sellers.

All it takes to unearth the truth is a little investigative reporting. Take a look at any Etsy seller featured on the front page. Just by clicking on any front page item, you’ll notice a trend in the number of circles each seller participates in. It’s rare to see a seller on the front page with less than a hundred circles; the most prolific front page sellers have over 800 circles.

Dig a little deeper into the profiles and look at their teams. Every single seller is in a treasury promotion team; some are in five or more teams dedicated to treasury promotion. Now take a look at the Treasury way to shop linked from the front page. There are thousands of treasuries created on Etsy each day – many more beautiful than these. What’s their secret? Why isn’t my treasury getting noticed? Click through to the treasury curator’s profile and the dirty truth will reveal itself – treasury promotion teams, hundreds of circles and an innocuous abbreviation you might not recognize – BNR.

BNR stands for Buy ‘n Replace. BNR treasuries have a unique angle – buy something from the treasury and post what you bought with a transaction number in the comments, and the treasury curator will replace the sold item with something from your shop. I’m not kidding. There are treasury lists on Etsy that will point you to affordable $5 and under BNRs. The most successful BNR treasuries are heavily promoted; I’ll leave figuring out how that comes about as an exercise for the reader.

If all this seems a little shady, then you might not have what it takes to become a successful Etsy seller. I encourage you to try and do the respectable thing – the thing that Etsy seems to promise on the surface. List unique handmade items, create great photos and descriptions, and favorite things you actually like. Report back six months or a year down the road when your sales are still struggling and you can’t seem to get a foothold in the marketplace.

Etsy has created this ecosystem, purposefully or not, in the limited ways to receive promotion on the site. The most accurate and disheartening analogy that I’ve found is FarmVille, the hugely popular Facebook game. With over 50 million active users – more than 10% of the entire Facebook populace – playing FarmVille, it’s likely that you’ve seen it go by after spending any period of time on Facebook.

In FarmVille, players repeatedly plant and harvest crops to earn coins. If the crops are not harvested within a certain time, they start to wither and eventually die. Sound familiar? One of the biggest techniques to reaping rewards on Etsy is to relist your items so that they don’t “wither” into the black hole of obscurity. Harvesting crops isn’t the only way to get cash in FarmVille; you can also buy farm cash with real money if you don’t have the patience to harvest crops. Etsy offers showcases – pay a little money and we’ll get you noticed, I promise. The first one’s not even free.

FarmVille’s huge draw comes from the social aspect of the game. To build your farm and have the best success in the game, players need to invite their friends to be FarmVille neighbors. Neighbors can fertilize your crops, which increases the yield and experience when the crops are harvested. Players can also form co-ops, where they can invite neighbors to work together to complete a joint crop that benefits everyone involved. FarmVille looks like a fun little farming game on the surface, but quickly devolves into a recruiting experiment with all your Facebook friends as the unwitting participants.

Etsy’s circles, teams and favorites fall a little too close to the FarmVille tree for comfort. Just as a friend’s Facebook page asking for help on their farm may seem innocent at first, these Etsy features appear well-intentioned. Who wouldn’t love to keep up with their favorite artisans, join a collection of like-minded sellers for some interesting discussion, or mark items that they love to show the world? As you can see from the Etsy front page, these lofty ideals soon erode beneath a froth of those desperate to game the system for their own gain in a tragedy of the commons.

Etsy forums and chat are rife with this kind of echo-chamber discussion and the lure to promote each other. Favorite me, join our team, let’s hold a contest on Facebook and send fans to each other. Whether you find this cycle appalling or appealing, it’s hard to argue with results. This is the way Etsy works, and you’d better join in or find a day job. It’s hard to find a scapegoat – I can’t fault anyone who participates heavily in the Etsy environment in order to be successful, and Etsy themselves are so swamped that they can’t even enforce their own rules.

FarmVille may not be the most rewarding game in the world, but with $850 million in revenue for 2010 they’re clearly doing something right. Etsy’s $314 million in 2010 ain’t so bad either – please sellers, relist more items. Etsy has no reason to break apart the cabals – the escalation of commitment deems that more time spent on the site will lead to rationalization about spending even more time on the site. It’s in Etsy’s financial interests to make it difficult to sell on the site – and offer shallow salvation through paid programs like relisting and showcases.

I hate to end on a bitter note, though. There are scores of Etsy sellers listing wonderful items every day and falling under the radar. I’m working to help those amazing artisans with the Undiscovered Treasures series here on Brittany’s Best. Other sites are striving to fill the vacuous promotional hole left by Etsy – notably craftgawker and etsyLush, the latter of which is put together by a team on Etsy. I hope that these efforts are not in vain and help to bubble the most inspiring artists to the top, rather than the Etsy tactic of encouraging rigged promotion. Meanwhile, it doesn’t hurt to pray to the Etsy gods that you’ll be one of the chosen few who makes the front page and finds success without resorting to these promotional methods.